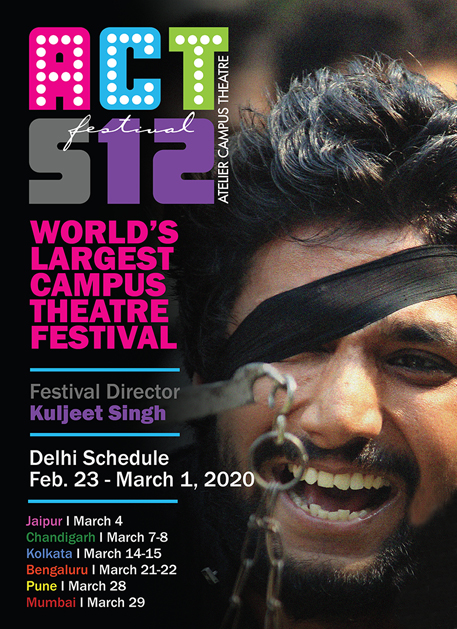 Atelier is the premier theatre company of India based out of New Delhi. Recognized for its distinguished work in the domain of performing arts, Atelier is instrumental in creating spaces, audiences and programmes across different age-groups and regions. Since its inception in 2004, the theatre group has created, produced and curated theatre work of socio-political relevance.

ACT by Atelier Theatre, New Delhi, India, is the world’s largest campus theatre festival. In its 12th season, the festival is travelling to seven cities across India, making it a pan-India movement. Humbly started as a three day festival by Kuljeet Singh in 2007, this festival has grown vertically and horizontally, hosting national and international theatre productions emerging out of colleges and universities.

To date, ACT has hosted more than 400 performances. www.atelieractfestival.org

The readings of Rice and Melbourne Talam are happing on the 29th of February, 2020. Learn more here