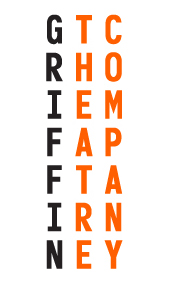 The winner of the 2012 Griffin Award is Vivienne Walshe. Her script, This is Where We Live, follows the story of two reclusive high school students in rural Australia.

”'Authentic voice' is one of playwriting’s most frequently used terms but, in the case of Vivienne Walshe, it is spot on. Her language is one of a kind: muscular, vivid and instantly evocative. In a compressed and riveting piece, Vivienne plunges us headlong into the intense heart of teenage experience."

Vivienne Walshe graduated from the Western Australian Academy of Performing Arts (WAAPA) in 1997 and is also an actor. She is a recipient of Malcolm Robertson Prize and the inaugural Max Afford Award and has recently completed a novel.

Her appreciative response, quoted in the Sydney Morning Herald today:

quoted as saying that the play was almost programed by the Royal Court Theatre in London but turned out to be 'too Australian.'

The other five shortlisted plays this year were:

All Over by Kit Brookman

More info about the award can be found here, on the Griffin Theatre website.