AustralianPlays.org reports on an Australian play on stage

Fringe festivals are a time of new discoveries, for audiences and participants alike.

We caught up with emerging playwright Ildiko Susany. She's preparing a show with a rather extordinary title, The Day the Galaxy Inevitably Exploded and Died, which opens on 11 September as part of the Sydney Fringe.

There's also a crowdfunding campaign for the production through Pozible, which you can find out about here. 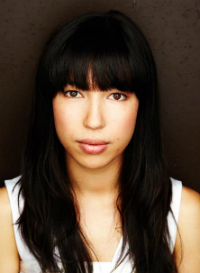 Ildiko, can you tell us about the initial inspiration for this?

The idea stemmed from a conversation which popped into my head as I was catching the train home one evening. It was between two people about the end of the world. The moment I got home, I typed furiously throughout the night to try and get it all down! In saying this, I think the underlying inspiration behind the play lies in a whole plethora of socio-political and philosophical stimuli which stir me to query my place in the world. It is about how certain actions or lack thereof, ultimately affect those around us.

It sounds like a play with a huge scope and obviously it's quite ambitious on an emotional level. Why does that appeal to you?

Yes, I guess it is quite an ambitious piece! This is my first play and one that is very close to me. For the past three years, I have been slowly exploring and researching and fashioning this work. I am very interested in socio-political and social justice issues, theology, philosophy, physics and the environment and I guess the only way to put all of these things together was in one epic, end-of-the- world piece! Creating this post-apocalyptic, future world helped me to understand and explore the world today; our society and our place within it.

Would you say the script falls within a genre? Were there any key influences that you can tell us about?

The play could technically be considered science fiction because it is set in a future world with humans of heightened intelligence dealing with an extremely extraordinary situation. However, this play is fundamentally a human story, at the heart of it is the amazing journey towards life and hope for a brother and sister in a despairingly bleak situation. It is about their bond which helps them rise above their plight.

The key influences of this play include absurdist works like Waiting for Godot, modern classics like 1984 and Brave New World, as well as various religious, historical, scientific and philosophical texts—I had to get my head around physics in preparation of this piece! The show has been described as “Melancholia meets The Never Ending Story” and “Waiting for Godot meets Stargate meets Hamlet”. I can’t wait to hear what audiences think!

What's your background in playwriting?

I graduated from the University of Southern Queensland in 2008 (Bachelor of Theatre Arts - Acting) and during my time at university, we were strongly encouraged to create our own work. Upon graduation, I wrote this piece as a 20-minute play, which was awarded a high commendation in Queensland Theatre Company’s Young Playwright’s Program. I then presented it at the Brisbane Powerhouse as part of Backbone Youth Arts 2high Festival. From here, I was invited to participate in Playlab’s Showcase! Program to develop the play into a full-length piece.

We have also received some great support from the Capitol Theatre and Sydney Lyric Theatre, our friends at Playwriting Australia and Wayne Harrison who donated generously to our fundraising campaign. It’s been a very humbling and extremely rewarding experience!

How was the piece was developed? Did you have a dramaturg?

Well, I received dramaturgy from Hayley Milner as part of Playlab’s Showcase! Program 2010. I continued working on this piece and earlier this year, I hosted a play reading amongst some friends and colleagues in the industry for feedback on the work.

I have also been fortunate enough to receive dramaturgical advice from Chris Mead, Artistic Director of Playwriting Australia and Olivia Satchell, who is completing a dramaturgy internship with the organisation. I am also very grateful to have had Augusta Supple enter our rehearsal room recently and provide some extremely useful feedback and insights as to the performance of the play!

How are you enjoying the Fringe experience so far?

I have really loved and embraced the Fringe experience! It has been a truly wonderful avenue to share my work with Sydney audiences and the industry here (I hail originally from Brisbane—but don’t tell anyone)! Everything’s starting to get a bit hectic now as we head into our opening night on Tuesday 11 September!

THE DAY THE GALAXY INEVITABLY EXPLODED AND DIED

Broon and Enlon are the last two beings left alive in the universe. As they wait in some barren caves, Enlon is desperate to venture outside while Broon just wants to sit and await the end in peace. Sharing countless stories and guided by their flashbacks, dreams and premonitions, the siblings begin to unravel some very real and very sinister questions about the peaceful agrarian society they left behind. Yet some questions remain: can they reconcile their past to survive their future?

The Day the Galaxy Inevitably Exploded and Died is a masterful new Australian work that drives at the heart of our human dilemma and the choices we have to make to find meaning in our lives.