La Mama and me

The audience was refunded their money and Michael, director Anna McCrossin-Owen, and myself went to the Universita Café and ate cake. 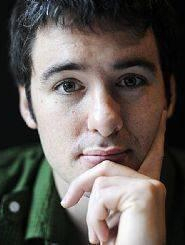 I remember the first time I walked into the La Mama Theatre: I was 23 years old; had just moved down to Melbourne from Wagga Wagga; was living on my friend's brother's bedroom floor in Lilydale; and, had just started an Honours degree at Monash University.

I read an awful lot about the La Mama Theatre as a drama student in high school and stood in complete awe of the place. For here was a living monument of Australian Theatre History. I was so psyched.

Here, in this small space, the works of David Williamson and Barry Dickins had been performed.

I think I stood in that doorway for an awfully long time completely drinking in the experience.

Through my friend in Lilydale I was put in touch with cabaret performer and comedian Michael Dalley, who was preparing to perform Death In White Linen (a semi-biographical cabaret detailing the Dalley’s English ancestry and his path to becoming a cabaret artist and comedian).

Dalley needed someone to operate the lights and I was more than happy to oblige.

I learnt all the lighting and sound cues and had an absolutely wonderful time.

One thing that I will always remember is the old JANDA lighting-board blowing up on the closing night of the play. I felt really bad about it, but there was nothing anyone could do.

The audience was refunded their money and Michael, director Anna McCrossin-Owen, and myself went to the Universita Café and ate cake.

It was during the season of Death In White Linen that my friend and I found a place to live in and I got a job as a social worker at MacKillop Family Services, working with kids at-risk in the Western Suburbs.

It was to be two years before I would return to the La Mama Theatre, when I acted in Bethany Simons' play The Weather And Your Health. I did the lighting design for the play this time around as well, and even got to paint the advertising sign out the front.

During the season Bethany, director David Wicks, and I would often head across the road to Brunetti’s and have a little dessert.

The Weather And Your Health was a success, selling out every night and being nominated for a Green Room award.

Now, a further two years on, I find myself the producer of Nicola Germaine’s Of Words And War for the Highway 1 Theatre Company (which, incidentally, is run by the lighting designer for Death In White Linen).

A lot has changed over the four years since I first walked into La Mama, but I'm still a social worker and I am still passionate about theatre.

I love the La Mama Theatre, it's such a special place for me. I can’t wait to get back in there.

Of Words and War opens on 20 June.

Andrew Dodds first discovered his passion for acting as a five year old, performing the role of Mr. Lizard in May Gibbs’ Snugglepot and Cuddlepie. Since that time Andrew’s acting journey has stretched far across the country: from the mists of the Blue Mountains, to the sunny banks of the Riverina, and now, to beautiful Melbourne. After completing a Bachelor of Arts and a Diploma in Education at Charles Sturt University, Andrew went on the complete his Honours in Drama and Theatre Studies at Monash University. During that time he has performed numerous roles such as Macbeth in Macbeth for CSU Studios, The Duke in Patience for the Wagga Playhouse and Francis in The Golden Age for Chapel Off Chapel.