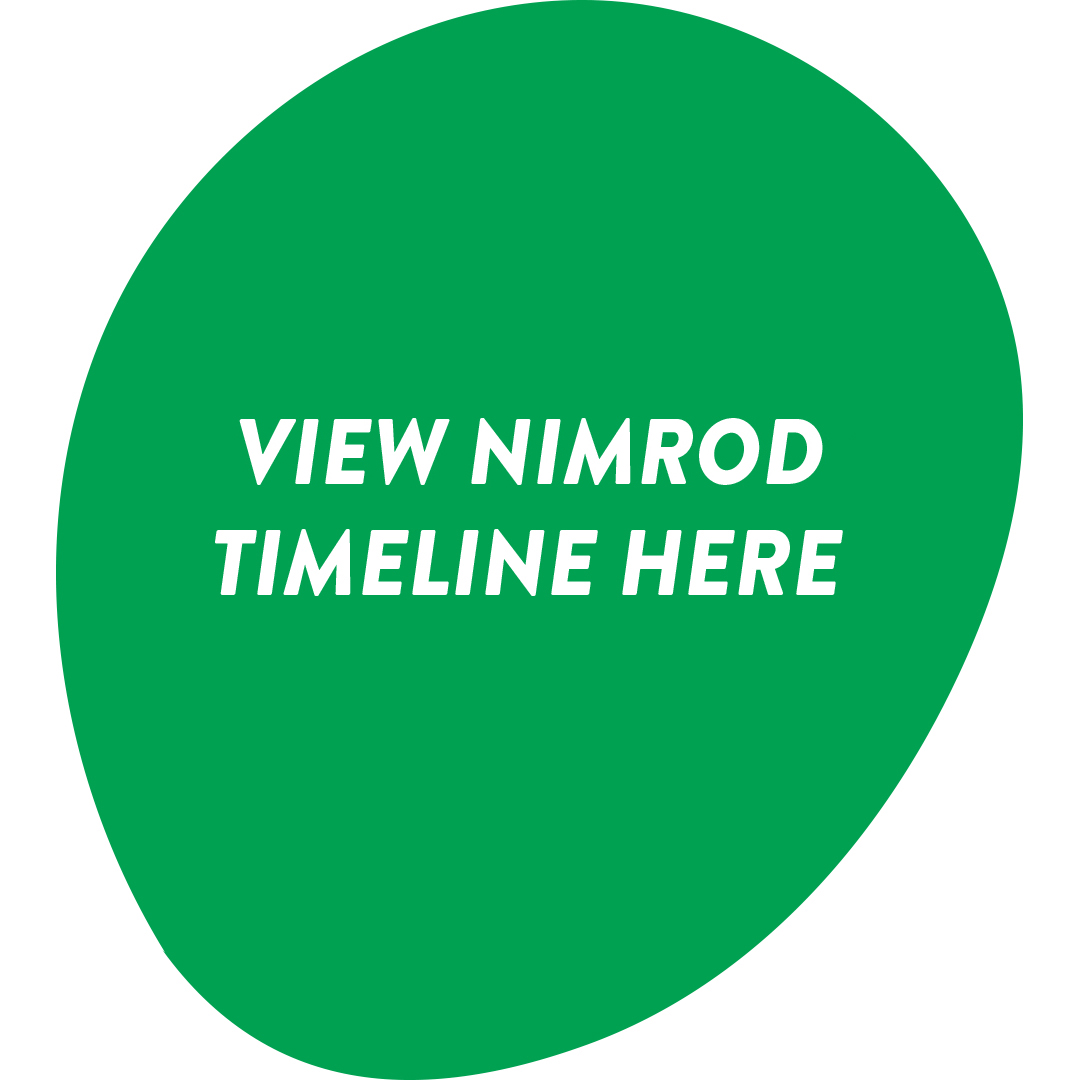 NIMROD 50 Collection – an extensive and exciting collection of previously unpublished, out of print or never published works celebrating 50 years since the founding of the Nimrod Theatre Company in 1970. We will be adding to the first group of plays published below in the future – and in all we hope to add or return nearly 50 works to the canon; some republished, some refurbished and some never before seen. These plays, by hugely significant writers, add to our rich and detailed understanding of ourselves and our theatrical inheritance.

We would like to acknowledge the lands of Gadigal people of the Eora Nation, the traditional custodians of the land on which Nimrod Theatre Company made its work.

The influence of Nimrod looms large over Australian and especially Sydney theatre, even still. Luminaries from the company go on to found hugely significant endeavours, and the works from that time electrified audiences and spoke boldly, sometimes even crudely, in ‘our’ voice, an Australian voice – not the received pronunciation of a distant coloniser and its apparently staid theatrical institutions. It is easy to forget how radical this was, and how almost nothing of what we are now familiar with as the architecture of new writing and playwriting generally, existed.

There are some excellent studies (and the occasional autopsy) of the final days of Nimrod as the ambitious collectivism of the artistic group, perhaps inevitably, found its end. This Collection is not concerned with politics, power or personalities. This is (and indeed all our work at Australian Plays) about the playwrights – those central crafts-people working to drive the incredible output - especially of the early years of Nimrod. There was no formal training, no playwriting workshops or development structures – this was an industry making itself, consciously and unconsciously crafting an idea of what Australian theatre might be.

Whilst Nimrod is well known for its exciting international premieres or Australianised versions of classics, it is the bawdy, vaudeville-boxing-tent energy of Australia’s theatrical pioneers that drove its sprit – and ultimately that meant the creation of NEW work. Nimrod produced over 100 new Australian plays during its 18 years of existence across multiple venues. Of those, only approximately 50 were ever published and of those, only 20 remain in print. What was published – whilst undoubtedly more often than not the most exciting or impactful works – doesn’t represent the true breadth and boldness of Nimrod’s programming – the place of First Nations work, queer cabaret and female writers. This Collection aims to address the imbalance.

Though ground-breaking when they did happen, the few First Nations works, queer and artists speak to systemic issues still being dealt with by Australian theatre. And this shows in what was published, what was celebrated, what is remembered – an unconscious forgetting of the smaller or pricklier works, things that might not have been able to be published or for myriad reasons have fallen away – out-of-print or never-in-print.

Despite this, the fact that we have such an extraordinary archive of published plays at all is a testament to the tenacity and care of Currency Press, Yackandandah Press and others – who recognised the nascent new writing and to sought it out. We owe them a debt, not just on which we built this collection but in general for the effort and time invested over so many years in keeping the published works alive. Thank you.

It must also be noted that some of the works that seem to be Nimrod world premieres in fact had their first seasons at other exciting, impactful companies like La Mama in Melbourne – and it speaks to the communication and connection between these theatres, the artistic directors and playwrights across the country that this conversation, these multiple productions happened so often. Food for thought for our current landscape.

When I ask writers and directors from the time what the ‘process’ was for new writing, many wince or shift in their seat. There is a discomfort (perhaps uniquely Australian) in the idea of structures or systems, in study or seriousness – and I get an answer roughly like ‘there was no process, scripts were written and read and if we liked them we’d meet for a drink and start rehearsals.’ Despite the understandable discomfort with post-hoc attempts to ascribe a dramaturgy to what was essentially begun as an organic process amongst peers – patterns emerge. This rigorous but relaxed method produced work, at staggering (and perhaps ultimately unsustainable) volume – they MADE plays and TOURED plays – no prizes, no endless developments or commissions without intention to produce - plays made real. And audiences loved it.

It has been a labour of love for us at Australian Plays – taking more than two and a half years and stretching across State archives, dusty attics, private collections and of course the memories, manuscripts and musings of the playwrights and artists themselves. Whilst many are sadly no longer with us – we hope this Collection reminds us all of the strength and impact of this theatrical legacy and the rich and deep nature of our playwriting culture. This is just one corner of the tapestry of our theatre – but we hope by adding a few strands, we can see a bigger and more human picture.