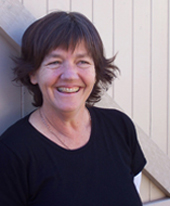 The winners of the 2011 NSW Premier's Literary Awards were announced at the Sydney Opera House on 16 May.

The NSW Premier’s Literary Awards aim to “establish values and standards in Australian literature and draw international attention to some of the country's best writers and to the cultural environment that nurtures them.”

Awards were given out in 13 categories.

The Play Award went to Patricia Cornelius, with her script Do Not Go Gentle...  She receives a $30,000 cash prize.

Patricia Cornelius is a founding member of Melbourne Workers' Theatre and a multi award-winning playwright. Her plays include Slut, The Call, Good, Boy Overboard, Cunning, Love, Jack's Daughters, Opa - A Sexual Odyssey, Max, Platform, Lilly and May and Hog's Hairs and Leeches.

The judges of the award commented:

Lyrical, brutal, timely and timeless, this script is highly original and both unsentimental and uplifting. Its particular achievement is to tell parallel stories - one is of a group of older Australians in a nursing home and the other is of Robert Scott and his ill-fated voyage to the South Pole - with both stories played out by the same actors. On a literal level the narratives are utterly different: one concerns Edwardian men traversing the Ross Ice Shelf to the South Pole and dying on the return journey, knowing they had failed to get there first; the other tells of a disparate group of aged, afflicted Australians (one is younger, but suffering from Alzheimer's) in the quiet moments of time wasting in an institution before the foolish fond old people finally die. On a thematic level, however, these stories run in astonishing unison for in Cornelius's radiant conceit, they are both Scott and his men, and the inmates of a nursing home.

Find out more about the NSW Premier's Literary Awards here.