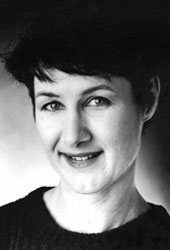 Maude Davey has been working as an actor, writer, director and teacher since graduating from the Victorian College of the Arts in 1985. She is a founding member of the a cappella group Crying in Public Places, with whom she created three music/theatre shows, 'Crying In Public Places', 'Jump' and 'Skin', all of which toured nationally and internationally. Davey's acting awards include Best Actress at the 1998 Belgium Festival of Independent Film and Best Performer at the 1994 Age Performing Arts awards. She is currently Artistic Director of Vitalstatistix National Women's Theatre in Adelaide.