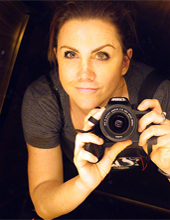 Nicole has been writing stories ever since she was a child. Her childhood and teenage years were spent participating in her local youth theatre, writing and performing in plays, and gaining her Teacher's Diploma in Speech and Drama.

After moving from Sydney to London, Nicole obtained her Masters in Writing for Performance at Goldsmiths College and turned her attention from theatre to film. As well as working in various capacities on the sets of numerous short films, Nicole has written, directed, and produced three short films of her own, screened in film festivals across the USA and broadcast over three years on Australian TV channel SBS. She is currently writing her third feature film script.

Having recently combined her corporate experience with her love of filmmaking, Nicole is now broadening her scope to work as a videographer, producing corporate, social media, and branded content videos for companies' websites, fundraising campaigns and social media, whilst continuing to work on film projects.