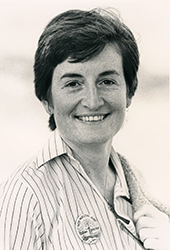 Alison is an established dramaturg, including for Catherine Zimdahl’s play Gifted, in development 2019, with much appreciated support from Playwriting Australia. Dramaturg for Cate Whittaker's play Forgotten, which performed to sell-out houses at Riverside Theatres, Parramatta, 2019.

Alison has taught writing for performance: screen, sound and stage at University of Technology Sydney and at Western Sydney and Macquarie Universities. Her article, Black and white: Australia’s History Onstage in Four Plays of the New Millennium, published in Australasian Drama Studies, 48 (2006).

Alison studied screenwriting at AFTRS and holds a PhD in Drama. Alison wrote The Boiling Frog as a writer-in-residence at Nimrod,1982. Special thanks also to Currency Press for a playwright-in-residency, 2018-2019, a welcoming space for her to write her new play, Hurricane Eye.