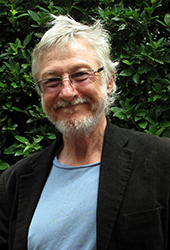 David Young began his career in theatre as a director and playwright in 1971, and specialised in theatre for young people. He joined the celebrated Belgrade Theatre, Coventry, theatre-in-education team in 1972, and was the company’s writer from 1975 to 1977. In Australia, he was the artistic/executive director of Arena Theatre, Melbourne (1973-1975), Toe Truck Theatre, Sydney (1984) and Salamanca Theatre Company, Hobart (1985-1990). He was also the Associate Director of Magpie Theatre, Adelaide (1977) co-artistic director of Troupe Theatre, Adelaide (1980-1981), playwright-in-residence at the National Theatre Company, Perth (1982 & 1983) and a lecturer in Drama in the South Australian College of Advanced Education from 1978 until 1983. During his theatre career David directed some fifty productions and wrote twenty plays. Of these, Eureka (1974) and Wasting Away (1982) are published by Currency Press. Two of his British plays are published by Methuen. His play, The Shingle Strike was performed at Port Arthur Historical Site every year from 1997 until 2015. In 1995 David was awarded a PhD by the School of Geography and Environmental Studies of the University of Tasmania. Since then he has worked as a freelance consultant, heritage interpreter and historian, as well as engaging in the occasional theatre project. He has written three books on Tasmanian history, co-authored several others and written a number of unpublished commissioned histories. Between 1997 and the present, he has contributed to the scripts of several DVDs and on-line digital media productions for Roar Film.