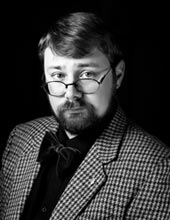 Michael Jeffery is a graduate of Monash University (winner of the A. J. Aird Memorial Prize), and has written more than a dozen plays including Sure FM, a satire on community radio (Golden Quill Award winner.) He has created and or starred in seven productions for the Melbourne International Comedy Festival, including Michael Jeffery - Dosh! at the Melbourne Town Hall.

His directing/teaching credits include stints at Monash University, the Holmesglen Institute, Lights Camera Action Performing Arts and the Pelican Theatre Company. He is a member of the Comedy Academy - a peer voting association responsible for the Australian Comedy Awards - and, from 2004 to 2006 adjudicated the Rock Eisteddfod Challenge Heats at Vodafone Arena and Grand Finals at Rod Laver Arena. Visit his website here.