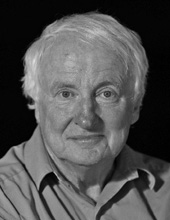 John is the author of thirty stage plays including ‘Some Other Town’, ‘Watershed’, ‘Authority’, ‘Daisy Bates and the Dancer’ (Festival of Perth 1993) and ‘Music From The Whirlwind’, which has been performed around the world and produced by the BBC and the ABC in London. Early in his career John won the inaugural Michael Edgley Award and used this to travel to England where he was attached to the Royal Opera and the RSC. He also worked at the Theatre Workshop, Stratford East as an actor and assistant director to Joan Littlewood. One of John’s most recent plays, ‘The Song of the Earth’, was commissioned by the School of Music of the University of WA, and a radio drama version was subsequently commissioned by the ABC. John feels privileged to be a staff member of the International Schools Theatre Association. For ISTA he frequently flies to cities around the world to work with young writers, performers and directors. His new play ‘Kokoschka’s Doll’ was shortlisted for the prestigious Third International Onassis Playwriting Award. His play ‘Imperial Facade’, about Noel Coward, was a smash hit at the Rechabites Hall in 2005, and the acclaimed ‘The Ships Pass Quietly’ was short-listed for the 2006 WA Premier’s Book Awards.