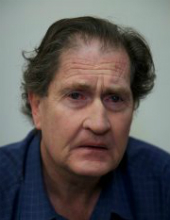 John McNeill is an actor and playwright whose plays, including Pikers, Dougie's Rules and Jesus Of Marrickville, have been produced at Belvoir Downstairs and the Stables Theatre in Sydney.

John's acting credits include King Lear, The Merchant Of Venice and Look Back In Anger on stage and Blue Murder, White Collar Blue, McLeod’s Daughters and Dirty Deeds on screen.