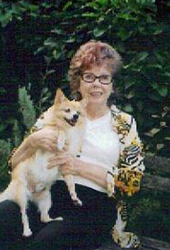 Patricia Johnson is a Sydney-based playwright, screenwriter and author. She has been writing professionally since the age of 16 in her first job on the paper Film Weekly and Broadcasting & Television. She has worked as a journalist and feature writer in Australia, England (London Evening News) for three years and in Spain (Los Angeles Times and The Hollywood Reporter among others) for seven.

She was one of four writers-in-residence at the AFTVRS in the '80's and has since written extensively for quality TV. This included being sole writer on 2 mini series, Fields of Fire 11 and 111, a number of TV movies and one made-for-television film Kindred Spirits.

In 1985 she was playwright-in-residence at the Sydney Theatre Company and included in her seven produced plays is And the Bestman Makes Three, written there. She has published one novel Geckoes and Moths.