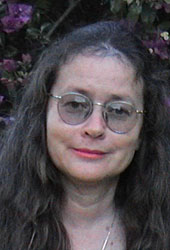 Louise received an Australian Postgraduate Award and Edith Cowan University (ECU) Research Excellence Award to complete her PhD in Creative Writing after being offered scholarships at both Murdoch University and ECU. Frames, written as part of her PhD, was short-listed in the national Playwriting Australia competition in 2010 and 2011 and was produced by Class Act Theatre with a two week season at the Subiaco Arts Centre and a week at the Mandurah Performing Arts Centre in May - June 2014. "Frames" is currently shortlisted for publication by Currency Press.

She has written numerous plays, poetry and stories. Most recent credits include productions of The Body (Pocket Theatre, Perth, 2008), The Bridge (Mandurah Little Theatre, Mandurah, Kwinana and Bunbury, 2006 and Mandurah 1997), A Closer Sky ( Mandurah Little Theatre, Mandurah, 2004), Estuary Dream (Stretch Festival, Mandurah, 2002), Diathesis (Nanasus Productions, Melbourne, 1998). Light in her Eye won the Todhunter Literary Award for Drama (2014). A Closer Sky was nominated for an Australian Writers’ Guild award (AWGIE award) in 2005 and other plays have been shortlisted in the Short and Sweet Festivals in Melbourne and Sydney (2007, 2008, 2009, 2011). The Bridge was a finalist in New Musicals Australia in 2011. She had a book of poetry Can You Hold the Sun? published by FreeXpresSion, New South Wales, in 2004. Her novel Thistledown Seed was shortlisted in the Dorothy Hewett Awards, 2018. Light in her Eye was staged at the Perth Fringe Festival in 2018.