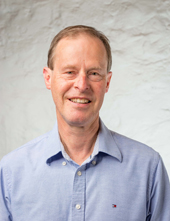 Since moving to Hobart in 2001, Leigh’s work has been produced by Old Nick Company (Empty Harvest, Fair Play, The Maireener Necklace, An Unexpected Meeting), and Hobart Rep (Bad Faith).

In 2004 the Australian Script Centre organised a professional workshop and moved reading of The Mark of Cain, which was subsequently short-listed for the 2005 Patrick White Playwrights’ Award. In summary of the shortlistings the judges praised ‘...the bold scale of the play and the importance of the issues it deals with, the vivid and interesting characters, and the great theatrical opportunities it offers’.

In 2007 The Australian Script Centre funded dramaturgical assistance for Catch the Moon, which was produced in a moved reading for Living Writers’ Week 2008. The Tasmanian Theatre Company staged readings of Youth (2009) and The Mark of Cain (2010). In 2015/16 Leigh was part of Blue Cow Theatre’s playwright development project for which he wrote The Long Shadow, which was given a public reading by Mudlark Theatre Company in 2016.

Leigh has had short stories and articles published in a variety of journals and anthologies. In 2011 he published The Shark and Other Stories through Ginninderra Press. In 2013 he was shortlisted for the University of Tasmania Prize for an unpublished manuscript. His second collection of stories, Away, was published by Ginninderra Press in 2014. Both collections of stories have been critically acclaimed. In 2016 Leigh was awarded a Writer’s Grant and a Residency from Arts Tasmania. His first novel, Shadow in the Forest, will be published in late 2018.

Empty Harvest
"...generational differences power this confronting work all the way to it's explosive climax" - The Mercury, 8 March 2003

More about Leigh's writing can be found at leighswinbourne.com.au