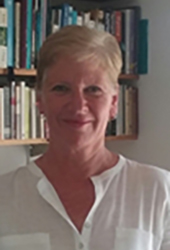 After three recent successful seasons with APA (Anglesea Performing Arts) directed by Iris Walshe Howling, premiering in 2017, and then at La Mama Courthouse and Geelong Courthouse in 2018, The Hope Song, Janet’s verbatim theatre project about mental health, was staged at the Sydney Fringe in September 2019 by Crying Chair Theatre and directed by Socratis Otto. The Hope Song is published by Australian Plays. Her short film Water, Water (directed by Iris Walshe-Howling) won Silver in the international section of the Wasaga Film Festival in Canada in 2016. It has screened in Spain and in Australia and was adapted from her short stage play that toured in 2011. In 2016 SOOT staged her play Where the Heart Is in its Book of Love Production. In April 2015 SOOT Productions premiered Sandy - the story of the only Australian war horse to return to Australia after the First World War. In 2010, Le Jardin De Ma Mere, (adaptation of the Colette story Sido) toured regional Victoria, as have several one act plays in Small Bites (2010) and Making Waves (2011). You was a finalist in the Gala of the 2010 Melbourne Short & Sweet Festival at Chapel off Chapel. Dolly Stainer of Kew Cottages premiered at La Mama Courthouse in 2006, directed by David Myles and was listed for VCE Theatre Studies and published by Currency Press, now by Australian Plays. One Plain, One Purl, (a winner of The Write Stuff playwriting award) was staged in 2005 by APA. A Hole in The Ground was co-written with Joanne Ryan and supported by the Melbourne Theatre Company. It was directed by David Myles in 2004 at La Mama Courthouse and Wyndham Cultural Centre.