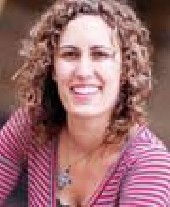 Jadah Milroy is a Victorian College of the Arts and Aboriginal Centre for the Performing Arts graduate, and a proud Palku woman. She works as an artistic director, actor, playwright, dramaturge, animateur, director, tutor and event coordinator.

Jadah is an International Ensemble Member of ‘Full Circle’ Native Performance Company in Vancouver, Canada and is an experienced ensemble trainer in theatremaking. She has worked widely as co-devisor, animateur and dramaturge and worked with Melbourne Workers Theatre on Scratchin, a hip hop musical. She also underwent professional development and research into Aboriginal methodology of performance and dramaturgy with Canadian companies Takwakin and Full Circle.