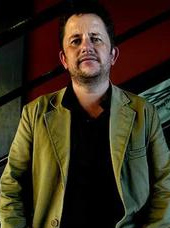 Ian studied Drama at The Central School of Speech and Drama, London, graduating in 1995. His early works, Free Beer and Water in the Hills were produced at London's Harold Pinter Drama Studio. Since moving to Perth two of his plays have been produced at the Blue Room: Ruth's House and The Monkey Bomb. In 2000 he was awarded the Arnott's/Griffin Playwright's Prize for Below, which was performed as the first play of the Griffin 2000 season. In 2009 Ian the Patrick White Playwrights' Award for Forever Seven.