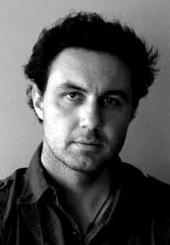 Caleb Lewis is a multi-award-winning writer and theatremaker for the stage.

A former resident with Melbourne's Red Stitch Actors Theatre and Griffin Theatre, Australia’s premier new writing theatre, Lewis was mentored by Nick Enright (Blackrock, Lorenzo’s Oil) and Edward Albee (Who’s Afraid of Virginia Woolf?). He has twice been shortlisted for the Griffin award and is the winner of an Inscription Award, the Mitch Mathews Award, the Phillip Parsons Award (in absentia) and the inaugural AWGIE (Australian Writer's Guild Award) for Interactive media. Caleb is the inaugural winner of the Richard Burton Award for New Plays.

Installations and interactive entertainments include Across a Crowded Room (HomeBrew); Tin Shed Camping Tours (Rock Surfers); Half an Hour Visit (Write Club) and the multi-platform, multi-venue If There Was A Colour Darker Than Black I’d Wear It (Country Arts SA/Rising Damp) – winner of the 2013 Ruby Award for Innovation. Current projects include commissions for State Theatre Company (SA); Riverside (NSW) and Bell Shakespeare.

Lewis has worked across Australia, leading workshops with young people, Indigenous Australians and recent migrants. Caleb is a long-time partner of the Hunter Institute of Mental Health. Most recently he worked with ex-offenders in regional South Australia to create a new work for the stage. Caleb has a history of collaboration with students and teachers at numerous schools, universities and other teaching institutions across the country, either as a visiting tutor, artist in residence, or helping to develop new works for the stage. His plays for Poetry in Action, The Elements of Rhyme, The Citizenship Test and The Australians have been seen by over 100,000 students across Australia. Clinchfield, developed for students at the Flinders University Drama Centre, and later performed at WAAPA and Charles Sturt University, was named the inaugural winner of the Richard Burton Award for New Plays while his play 6 Million Hits, created with students at WA's John Curtin College of the Arts, was shortlisted for an Australian Writers Guild Award. His writing is dynamic and contemporary, dealing with themes of class prejudice, fantasy and the human capacity for transformation and redemption.