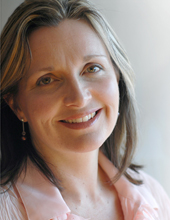 Jennifer Rixon (nee: McClung) is a passionate performer who has turned her hand to writing.
Her first play, Classic Claustrophobia, was written in 2005 and was performed over 3 successful seasons by Jenny Rixon’s (and colleague Tania Bunk’s) company Girl Talk Productions over 2005-06. Jenny’s play, Classic Claustrophobia, was written to provide a suitable performance piece for their company to produce in a small restaurant setting – small cast, small transportable set, original local material. The play picked up the award for Best Original Script in Comedy at the Canberra Festival of One-Act Plays in September 2006. Jenny has since written a sequel, The Copy Room. A second play set in a small room, using a larger cast but the same transportable set. Staging her plays in small rooms allows the writer ‘fly-on-the-wall’ license so relationships and secrecy can be played out in front of the audience. The Copy Room was performed over two successful seasons in 2008/09 and won 4 awards at the 2008 Canberra Festival of One-Act Plays. Girl Talk Productions presented both plays in a final season at Belconnen Community Theatre in July 2009 and subsequently the plays were booked as paid entertainment for Audi Canberra’s Corporate Christmas Function in Nov. 2009.