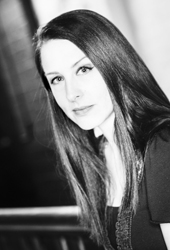 Alison Mann is a playwright based in Hobart, Tasmania. For the past two years she has been a part of Blue Cow Theatre’s development program, working with dramaturg Peter Matheson. As a result of this, her play The Surgeon’s Hands was performed by Blue Cow Theatre in 2016 at Hobart’s Theatre Royal Backspace.

In 2010, her play She’s Not Performing was produced by La Mama, Melbourne and also included in the Tasmanian Theatre Company’s 2013 season. Her play Baby/Doll was performed at the Edinburgh Fringe Festival in 2004 and the 3DFest showcase at the Malthouse Theatre, Melbourne in 2005.

Alison has been the recipient of several awards including a First Draft Award from PLAYWORKS, Sydney and a Melbourne Dramatists Emerging Playwright Award. Currently, Alison is the 2017 recipient of the Tasmanian Arts Advisory Board Chairman’s Scholarship and is undertaking mentorships with performer Maude Davey and playwright Tom Holloway to produce a new body of work.

Most recently, Alison’s play The Illustrated Girl was part of DARK MOFO’s Radio Gothic, a hybrid live radio play performance. Alison studied writing for performance at the Royal Court Theatre and the Soho Theatre in London.