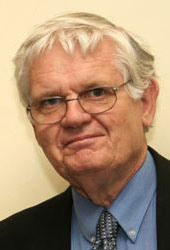 Other work includes 'Penny a Program', commissioned by the Old Colonialist Association of Melbourne for a performance piece to celebrate its centenary; 'Mad Mage', performance commissioned by Wagga City Council for the launch of the Federation Amphitheatre project; and 'A Land Fit For Heroes', a six-hour radio documentary series on soldier settlement following the First World War, produced for the ABC.