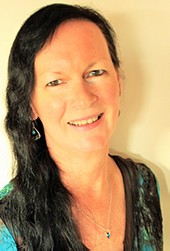 Alison has had four one-act plays publicly performed. Life Cycles was chosen to be performed as part of the University of Queensland’s Bugfest in 2005. In the same year Alison directed another of her plays, Hunter to Trader, in two of South-East Queensland’s Theatre Festival Circuit competitions. Hunter to Trader won Best New Play at Strathpine’s Act 1 inaugural festival. In 2006, Alison directed The Couples at Ipswich Little Theatre as part of the one-act play season. Later the same year, Wet Cell, written in the name Alison j. Beaty, was published by Maverick Musicals. Wet Cell won the Geelong Repertory Theatre Company playwrights' competition in 2004 and had a full production in 2005 as part of a director’s mentorship program. Alison has also written and recorded several short pieces for ABC National’s Bush Telegraph series. In recent years, Alison has gone on to work as an editor for two agricultural magazines. She has had articles on a wide range of subjects published in Australian and UK magazines and newspapers, as well as online.