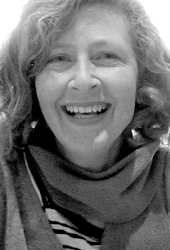 Marcia Ferguson is an independent director, performer, dramaturge and writer who works with new Australian writers and texts. Productions include The Room (nominated for five Green Room awards), Infectious (Best of The Fringe 1999) and Sally and Bunce in Back to Back's trilogy Dog Farm. Her play Australian Marriage Act sold out and toured Queensland and Victorian secondary schools for ten weeks. She most recently co-wrote and directed Fishman with Back to Back Theatre Company and is currently working on Project Sunshine, a large-scale work about Maralinga.