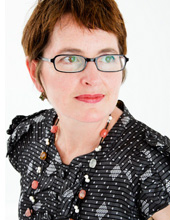 Catherine is an AWGIE award-winning scriptwriter, whose scripts have been produced for radio, puppetry, hybrid performance, theatre and children’s theatre by companies including Sydney Opera House, Redmoon Theatre Chicago, and ABC Radio National.

In 2016 she was a member of the Griffin Studio, developing a new play Springtime in Kabul, with co-writer Heather Grace Jones.

In 2014 she was awarded a Literature Board New Work grant, to develop the full interactive texts for The Dr Egg Adventures, and travel to SXSW in Austin Texas to research immersive and interactive writing. Other recent theatre developments include The Merchant: A Sydney Document, for Bell Shakespeare’s Mindseye program.