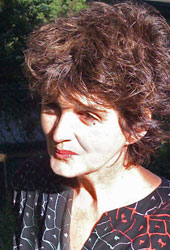 By a happy coincidence, Maggie Power was born in her favourite city, Melbourne. There she has largely stayed, living within cooee of her eight siblings and her daughter. Her early vocational inspiration came from the migrants she worked with as a conductress on the trams. She later became an English teacher. She’s written ten books and over sixty scripts, mainly around themes that help CALD communities to acculturise. The Woman Who Fell Up is her first full-length play.