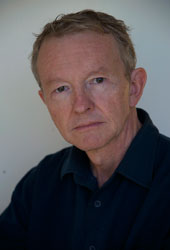 Ingle is also a actor with about 60 professional theatre roles under his belt. He has been a writer-in-residence at Windybrow Theatre in Johannesburg, South Africa and the NSW Theatre of the Deaf as well as theatres and city councils all over WA.

He has also taught scriptwriting at a number of universities and is a PhD candidate at Murdoch University.