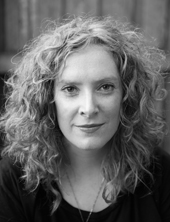 Elise is a Melbourne-based playwright, writer and storyteller, and a graduate of a Bachelor of Creative Arts at Melbourne University. From 2006-08 Elise lived in London, attending the Royal Court Theatre’s Young Writers’ Programme. Readings and performances of her work were shown at Trafalgar Studios, The Soho Theatre, The Hampstead Theatre and Theatre503.