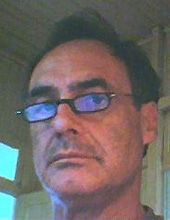 Trained as an actor at the Ensemble Theatre during the 1970’s under the much feared and revered tutelage of Sydney stage icon, Hayes Gordon.

Worked as a professional actor on stage and screen before a misguided religious conversion saw Mr Canny take a twenty five year hiatus from his art and industry.

Returned in the early noughties via Northern Rivers (NSW) community theatre as actor, director and president of the Murwillumbah Theatre Company (2003-2004).

In 2005, formed Uncanny Productions to write and produce two act stage plays. The Wizard of Woz (children’s musical) and The Road to Victory (adult comedy drama) were both first performed locally in 2005. Holy Flypaper! – ‘Musical theatre with an all youth cast’ – premiered in 2006, and was filmed and edited into a broadcast-standard telemovie in 2008.

Mr Canny now concentrates solely on writing for the stage and screen.