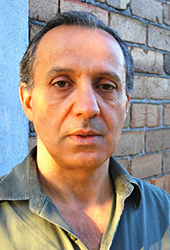 BURNT was produced by La Mama Theatre in September/October 2008, with great success (a sold out season with extra performances scheduled and critical acclaim).

HALLOWEEN HIGH and SHADOWED were selected and showcased at the International Playwriting Festival, Warehouse Theatre, London, in 2015 and 2016 respectively.

Tony was selected to the 2016-2017 Page to Stage development program at the National Theatre of Parramatta.