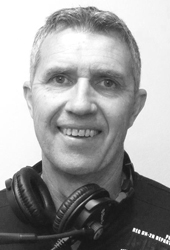 Les Pearce is an English and Drama teacher at a senior secondary college in Bunbury, Western Australia.

He has been involved in amateur theatre as an actor and in various other capacities since 1977. He has also written and staged plays for school drama students. He has worked with Stark Raven Theatre in Bunbury since 1998.

As a writer, Les has earned a number of commendations and a second prize in the Shore Lines Writing For Performance Competition held annually in Bunbury.

His first full length play, Rotto Boys, was performed in Bunbury and Collie, Western Australia, in 2010, and is included in the Australian Plays catalogue.