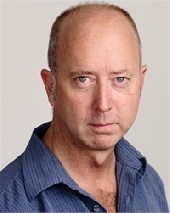 Nick studied Theatre and received a BA in Performing Arts at The University of Western Sydney in 1990. Since then he has worked as an actor/writer with various theatre companies in Sydney. With Troubadour Theatre he wrote and developed scripts that toured to schools all over Australia. With the American Drama Co. He co-adapted Charles Dickens' A Christmas Carol and played Scrooge in a show that toured to Japan, Gotenberg,Hong Kong,Istanbul and Singapore. Nick co-founded A Dark Horse Presents and has directed and worked with the company since 1997. He has also appeared in many Australian TV shows such as Water Rats, All Saints, A Country Practice and many more.