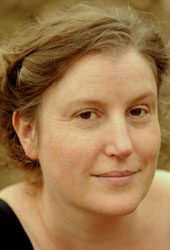 Christie Nieman's play Call Me Komachi had an extended sell-out season at Melbourne’s fortyfivedownstairs to critical acclaim and received a Green-Room Award nomination for Most Innovative Drama. She has had plays produced by Polyglot, Shopfront Theatre, and Lemon Tart Productions, and playscripts and fiction supported by the Australia Council, Theatre Works, and Playworks. Her fiction has been featured in Text and in Pan Macmillan’s Just Between Us: Australian Writers Tell the Truth about Female Friendship. She has held writers’ residencies with the Australian National Playwrights Centre and the Asialink Literature Program, the latter at Japan’s Nanzan University in Nagoya where she was writer-in-residence and a faculty research fellow. She has recently completed a young adult novel about teenage grief and an endangered Australian bird.