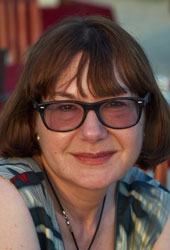 Dina Ross trained as a journalist and initially worked as a broadcaster and producer with BBC Radio 4 and BBC World Service in the UK. She has written for many newspapers and magazines, including The Age, where she was a feature writer and reviewer for six years and currently reviews for The Australian Book Review.