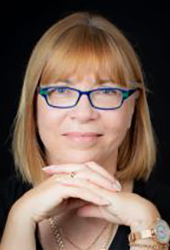 Alison is a Melbourne based actress, writer and song composer and lyricist. She has had a number of short fiction pieces published in literary journals, including The Heron which garnered third prize in The Age short story awards, 2007. Alison has a strong interest in the memoir genre. Apart from assisting private clients to complete their life-stories, she ‘ghost wrote’ Whatever happened to Diana Trask, the memoirs of the Australian singer (Melbourne Publishing, 2010). It was from this interest in the power of personal storytelling that her first play The Peppercorn Tree arose. Two further full-length plays Counting Sparrows (drama) and Hats Off (comedy) had non-professional world premiere seasons in 2017 at Malvern and Brighton Theatre companies respectively. Her one-act play It’s all in the Timing (comedy) premiered at Peridot Theatre Company in 2011. With her song writing/composing hat on she has written over 30 published songs including With Hearts on Fire which won a national songwriting competition in 2016. In 2019 under the name ‘Jennifer Allison’ she, along with friend and co-writer Jennifer Kearney, self-published two novels on Amazon (The Tarrawarra series). Alison has also written a range of non-fiction articles and co-authored audio-visual resources and associated teaching materials for schools since 1988.