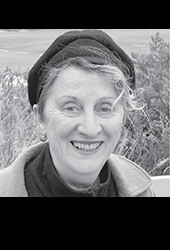 Moss is an award-winning Victorian playwright.
Her nine plays include If Looks Could Kill (1988), Over the Hill (1989), Empty Suitcases (1993) and Tango Femme (2011). In 2010, her play Night Breakfast won the Community and Youth Australian Writers Guild Industry Excellence (AWGIE) Award. In 2014 her play Oriel was awarded a High Commendation in the R.E. Ross Playwrights’ Development Awards. Oriel had a season at La Mama Courthouse Theatre in 2016.

Moss has a PhD in Theatre Performance from Monash University. She has also published novels, including the adventure series for young adults Hot Pursuit and a novel for 7-11 year olds, Thriller & Me.