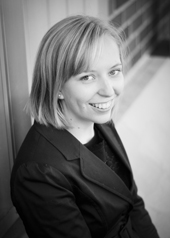 In 2010, Zoe Hogan was a member of Australian Theatre for Young People’s Fresh Ink ensemble and in 2011 her work was performed as part of Tell It Like It Isn’t (ATYP). Her script Small Life was selected for development at Off the Shelf, Fraser Studios, in 2010.

Zoe was a delegate at World Interplay 2009, has had her work performed by Sydney University Dramatic Society and holds a BA in Creative Writing from UTS. Her first play Gosling won the Sydney Theatre Company Young Playwrights Award in 2003.

Zoe was staff writer for Act Now, a youth activism website run by the Inspire Foundation. She currently works as a writer for an international development organisation.