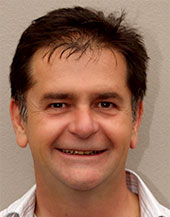 Robert began playwriting in 2009. His full length plays An Ordinary Person (2013) and The Complete Package (2011) were produced by Sydney based independent theatre company, SITCO. His short plays, Serenity (2011) and Something to do with Toads (2010) were produced by Short & Sweet Sydney. Robert studied playwriting at Griffin Theatre and NIDA Open and has a degree in Theatre Studies and Psychology from the University of NSW.