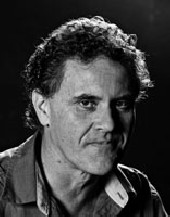 David Milroy was born in Perth Western Australia in 1957. David's family links are with the Injibarndi and Palku people of the Pilbara.

Formerly Artistic Director of Yirra Yaakin Noongar Theatre, David has been involved in theatre in Western Australia for a number of years as a musician, director and writer.

His writing/directing credits include: King Hit, Runumuk, One Day in '67 and No Shame. He provided musical direction for Sistergirl and Dead Heart (Black Swan Theatre Company) and Perth Theatre Company's production of Wild Cat Falling. He co-wrote and directed Sally Morgan's hit play Cruel Wild Woman and Barking Gecko's production of Own Worst Enemy for the Festival of Perth.