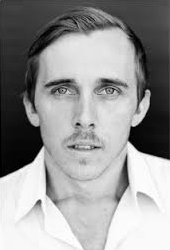 Benedict Hardie is a writer, actor, and theatre maker. For The Hayloft Project he co-wrote and co-directed 3xSisters; wrote, co-devised and performed in Yuri Wells; co-adapted and performed in The Nest; and wrote and directed Delectable Shelter. Benedict graduated from the VCA in 2007, and his acting credits include Julius Caesar (Bell Shakespeare), Life Without Me (MTC), Crime and Punishment (Stork Theatre), and Actors at Work (Bell Shakespeare). His writings for film include The Nurses (Channel Ten) and Staying (MTV One80project).