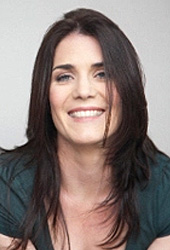 Bridgette Burton has been writing for theatre since the early 1990's. Bridgette haswritten two one act plays, four full length plays and over 30 short plays (which have been performed all over Australia and internationally).

Bridgette won the R E Ross Trust Playwrights Script Development Award in 2005 (Killing Jeremy) and again in 2009 (Rhonda is in Therapy). Killing Jeremy was also shortlisted for the Griffin prize in 2006. In 2012 Bridgette developed Fury with the support of the Malcolm Robertson Foundation. Fury has now been developed into 8 short webisodes. Anno Zombie is Bridgette’s latest full length work, a comedy about the end of the world, in Melbourne.