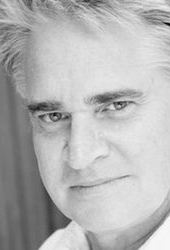 Noel is an ex-Board Member, Chair of the Board and Director of D-Week for Griffin Theatre Company, Sydney. His produced plays include The Secret House (Griffin; Hole In The Wall; Playbox), Half Safe (Riverina Theatre Co; Griffin), Photographs (Charles Sturt University), On The Public Record (University of Wollongong), Across The Water (Valley Artists), Never a Moment’s Peace (East Coast Theatre Co) and The Sculpture Garden (Valley Artists) and for television episodes of the acclaimed ABC medical drama GP. His play Later (now known as Across The Water) was invited to be work-shopped at the prestigious Banff playRites Colony in Canada where it received universal praise from the selection committee. He was an assessor for Page to Stage, a young playwright’s program, for which he has also conducted playwriting and dramaturgy workshops, and also for The Rodney Seaborn Playwrights Award. He was also an assessor for Parnassus’ Den, a resource for Australian playwrights. He has written numerous corporate and training videos for Optus Communications, State Rail and others. He was Co-Dramaturge and Associate Director for Codgers by the late Don Reid at Riverside Parramatta (the play subsequently had two Sydney seasons and two national tours). He has also been freelance dramaturge on numerous private projects. He is also an actor.