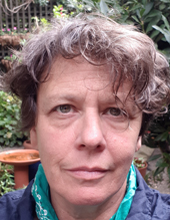 Jackie Smith style of writing is particularly Australian – with language often so sparse, dry, humorous and disturbing – it has turned heads from the very beginning, resulting in short listing for the Griffin Playwright Award, The HQ short story award, The Kit Denton Fellowship and in winning the Patrick White Playwright Award for her first full length play The Aliens.

A Chinese cast version of The Flood is premiering 2017 in Beijing and in 2018 in Shanghai in partnership with Chinese company Vertebra Theatre and the Shanghai Theatre Academy, directed by Moira Finucane.

The Flood is also currently being translated into Spanish by Chilean Theatre Company La Ninas Horrible to be performed as part of the Santiago A’Mil Festival.

Aside from writing for theatre, Jackie is co-founder/co-director of independent theatre company Finucane and Smith Unlimited with whom she has created some of Australia’s most provocative theatre, including the multi award winning Glory Box, now seen by 300,000 worldwide.

With Finucane and Smith Unlimited she has travelled the world - with international presentations including Cuba, Japan, Sweden, Italy, Croatia, Slovenia, China, UK, Hungary, Latin America and New Zealand, and Finucane and Smiths Australian touring show, Caravan Burlesque, toured to over 50 venues in remote, regional and metropolitan Australia from the Pilbara to the Sydney Opera House.