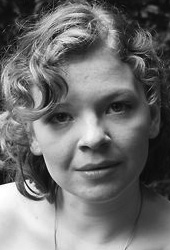 Ava is a young playwright from Sydney. Her first writing credit was the short play Spoons and Forks, which was performed and published in 2008 as part of the Page-To-Stage festival. Since then her love of playwriting has grown, and last year her short play Guilt of the Vaudevillian was performed in the Short and Sweet festivals in Melbourne, Brisbane and Gold Coast and Sydney. Ava also has a play in this years Sydney Fringe Festival called Rope Burn, a two man show about life, death and men. Ava was also part of the Australian Improv Team who travelled to Ottawa to perform in the Canadian Improv Games. She has studied improvisation with Impro Australia, Second City L.A. and iO West (Los Angeles). Ava is greatly inspired by playwrights Edward Albee and Martin McDonough, and the darkly comic nature of her work reflects this. This year, Ava undertook an artistic residence at the Shopfront Contemporary Arts Centre where she developed the edible play Life.Death.Food.