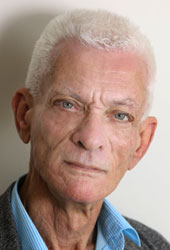 Robert Dessaix is a writer, translator and broadcaster whose best-known books are the autobiography A Mother’s Disgrace, the novels Night Letters and Corfu, and the travel memoirs Twilight of Love and Arabesques. From 1985 to 1995, after teaching Russian language and literature for many years at the Australian National University and the University of New South Wales, he presented the weekly Books and Writing program on ABC Radio National. He has also published translations of works by Dostoyevsky, Turgenev and a number of Russian poets, and his translations with Aubrey Mellor of plays by Anton Chekhov have been produced in theatres around Australia. His most recent publication is his essay collection As I Was Saying.