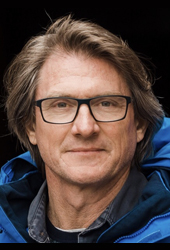 Andrew Blackman graduated from National Institute of Dramatic Art (NIDA) in 1990 and works extensively in theatre and television.

Andrew is Artistic Director and founding member of Complete Works Theatre Company. As director and producer his credits include Medea, A Man For All Seasons, Romeo and Juliet, A Mid Summer Night’s Dream, Macbeth, Cosi by Louis Nowra, Summer of the Seventeenth Doll by Ray Lawler, Othello, Oedipus Rex, Richard III, and Hamlet. He directed Cosi for QUT’s third year acting ensemble in 2013.

As a playwright, he co-wrote and developed a new retelling of the Chinese classic, Monkey – Journey to the West.

As a performer Andrew’s television credits including series regulars on A Country Practice, Law of the Land, Neighbours and the multi-award winning children's television series, Mortified. Other credits include Barracuda, Dr Blake Mysteries, Underbelly: Squizzy, Winners & Losers and Satisfaction.

For Australia's flagship and independent theatres he has starred in The Aunt’s Story, Kid Stakes, Shadow Passion, Macbeth, The Taming of the Shrew, A Mid Summer Night’s Dream, Othello and The Woman in Black.

He played Huxley, the palaeontologist in Walking With Dinosaurs - The Arena Spectacular - North American/Australia/New Zealand tours of 2011 and 2014/15.