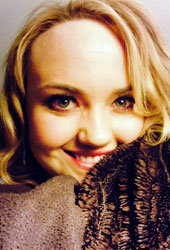 After singing as a soloist in Southern Stars from years 7-12 and completing all AMEB exams in Voice, Piano, Tenor Saxophone and Flute, Cathryn became dedicated to the performing arts. She attended the University of New England at the age of 17 and completed a Bachelor of Arts in Theatre Studies and Communications. She was then asked to be the first to complete the Masters of Theatre Studies course majoring in Directing. This led to her writing, producing and directing many productions, including a modern adaptation of Dinner for One and a satiric musical called Sopopera. She was then approached by the Department of Education to become a teacher and completed her Dip Ed on a full-scholarship for Drama Teaching. She has taught in South Korea and is now running the Drama Department at Kellyville High School.

Cathryn is a firm believer in the use of Dramatherapy and its roles in schools, especially for student wellbeing. Cathryn was promoted to year Adviser a year in her teaching placement at Kellyville and has grown the Drama elective and high school subjects to be the most popular subject in the school in just two years.

Cathryn has the intention to study her PhD in a few years in Dramatherapy, theatre and education and is a firm believer in the use of theatre techniques to facilitate personal growth and promote mental health and wellbeing in schools.