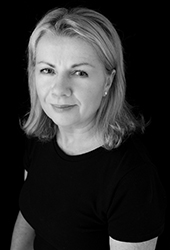 Kate Wyvill is a playwright, actor, director and performance coach based in Darwin.

She trained as an actor in the mid-eighties at the Q Theatre, Penrith, New South Wales and has performed in a variety of theatres in Australia and the UK.

Recent performance credits in Darwin include;

Kate’s work has been supported by Arts Council England, the Australia Council for the Arts and the Northern Territory Government.

Further information about her work can be found at www.sanityproductions.com