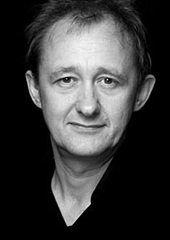 Andrew Upton has established himself as a writer for both stage and screen. His play The Hanging Man was commissioned by the Sydney Theatre Company (STC) and premiered at the Wharf Theatre in 2002. The STC's 2004 production of Hedda Gabler, which starred Cate Blanchett in the title role, was Upton's third major adaptation for the stage after his celebrated adaptations of Cyrano de Bergerac and Don Juan debuted with the STC in 1999 and 2001 respectively.

He wrote and directed the short film Bangers and has developed a number of feature screenplays.